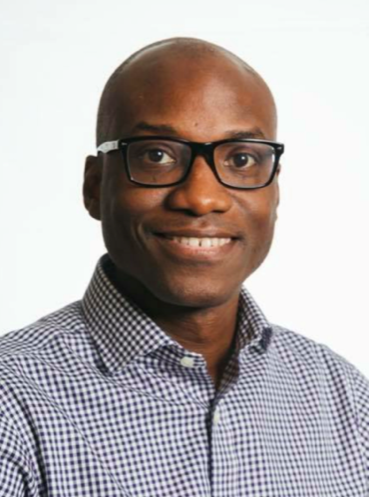 A law professional, be it a lawyer, barrister, solicitor, or a judge, has to live with all these labels. It is one of those professions that require extensive educational background, wisdom, patience, and perseverance. Regardless of the strictness and sophistication of this profession, law professionals are not considered people with values. They have to live with a negative reputation, despite the hard work these professionals put into establishing their careers. The world has forgotten the value on which this profession stands, which is ‘being the voice of the weak’ and ‘bringing justice to those oppressed in the world.’

Due to society’s stereotypical mindset, many aspiring law professionals, who wish to bring justice to the people and make this world a better place, give up on their dreams. All these people, who, just because of society, do not enter the world of law, need to understand that it is this mindset that they have to change. It can only be done by being in the profession.

Taking a stand and working to regain the lost reputation of the law profession is George Badejo-Adegbenga. He is a qualified lawyer who serves as a Barrister and Solicitor of England and Wales. Dreaming of becoming a successful law professional, George got his inspiration from his grandfather, Late Pa Lawrence Adegbemi. His grandfather was the Bale of Igbaga Land in the Ogun State, Nigeria. It was from him that George developed a passion for speaking against injustice in the world. Pa Lawrence Adegbemi, who looked upon George as a precious gem in life, taught the young boy some invaluable life lessons. These life lessons turned George into a successful professional with a humble personality.

A Dream, Influenced by the Love of his Grandfather

Lawrence Adegbemi was a compassionate police inspector who always raised a voice against injustice. From the time George opened his eyes to the world on July 7, 1978, he looked upon his grandfather as an inspiration in Nigeria. It is true when people say that much of a person’s dreams and life goals are driven by external entities. Sometimes the atmosphere, and sometimes the people one is surrounded by, serves as the source of inspiration for an individual.

Lawrence Adegbemi was the source of inspiration for the young George. While his grandfather helped him develop a perspective of this world, he also led George to come face-to-face to his life’s purpose, which was to “defend the weak and vulnerable and be the voice for the oppressed.” The teaching of his grandfather became George’s pursuit and a major driving factor in his life.

After completing high school, George entered the Federal Polytechnic Offa in Kwara State, where he acquired a financial accounting degree. Instead of moving forward with this field, he decided to pursue a career in law (something he always had at the back of his mind). To fulfill his dream, which was driven by his grandfather’s teachings, George decided to move to the United Kingdom.

He entered the University of Huddersfield in 2003 and acquired an honors degree in Law (LLB). It marked the start of his life as a law professional. After graduating from the University of Huddersfield, he entered BPP Law School in London to complete a Bar Vocational Course, after which he completed his master’s of law from the same institute. During this time, George also developed a passion for business and finance. It led him to enroll in CSA Diploma in Debt Collecting at the Manchester Business School. Finally, in 2009, George qualified as a Barrister of England and Wales.

He became a legal advisor and consultant in the same year and started representing several clients in Employment Tribunals across England. In 2014, George represented a claimant in a £100k+ Multi track breach of contract case, a milestone in his career. While serving as a pro bono legal advisor, George worked as a Pre-legal fee earner at Eversheds LLP. His hard work led him to the title of ‘Eversheds LLP pre-legal fee earner of the year.’ He was acquiring success as a barrister and solicitor, but this was not the only way he served the world. He worked to rebuild the lost reputation of the law profession. George improved the pre-action protocol process and introduced a litigation rational proforma that resulted in a significant reduction in Court related operational losses.

Being born in Africa, it was evident that George would ultimately return to make things better for the people living in his homeland. Following his grandfather’s footprints, George became a defense attorney, but he wanted to step further into this life’s purpose. For this, he stepped into the finance industry and decided to change things for the African people. After completing his law education, he went on to obtain an executive master’s degree in Business Administration from the University of Oxford. He graduated from Oxford’s Saïd Business School in 2020.

He co-founded WageX and MIM Finance Company in Africa, with its headquarters in Nigeria. WageX and MIM are fintech companies established to ‘help solve the growing problem of access to finance in Africa.’ Serving as the Chief Executive Officer at the firm, he provides consolatory and advisory services to help the African-based businesses acquire a stable financial standing in the market.

Not only this, but George also co-founded Ethica Resolve Limited. The purpose of this company is to ‘support and help indebted UK consumers.’ The business model of this company is designed in a way that helps “facilitate the needed rehabilitation of individuals experiencing financial hardship.” The company was founded in 2019; this company is  positioned to help many struggling businesses and individuals reestablish their financial situation.

George Badejo-Adegbenga is a successful law professional and humble credit management professional. He has crafted his life around a mission, which is to “defend the weak, be the voice of the oppressed.” He is one of the few individuals who believe that there are many other ways of making things better for the people besides charity and fundraising. Being a well-reputed attorney alongside a credit management professional wants to help bring justice to people and help struggling individuals acquire financial stability!

Juan C Reynoso – A name that created multimillionaires across the world!
Art Comes First, A Symbol Of Self-Expression