Räikkönen: “We reached Q2 and I think we could have achieved more”

Giovinazzi: “It was not an easy qualification for me”

Satisfaction at Alfa Romeo after qualifying in which they managed to pass the cut to Q1 at the hands of Kimi Räikkönen, who qualified fourteen ahead of his teammate, Antonio Giovinazzi, who finished last. The Italian driver suffered an incident on his first lap attempt that damaged the floor of his car.

“Today was definitely a positive day. The car went much better and I had the confidence to drive it the way I wanted. We got to Q2 and I think we could have accomplished more, but we didn’t have more sets of soft tires so we had to use means. Maybe we could have been in the fight for Q3, but we still have to be happy. We had speed and hopefully, we can move forward. We are moving in the right direction and we know what we have to do to be in the points tomorrow and be faster than those in front. ”

“It was not an easy qualifying for me. At the end of the first lap I got on a piano and I think the floor has been damaged. We have to check what happened. After that, it was difficult to do the lap because the car did not he behaved well. That was all today. Now we have to think about tomorrow’s race. It will be difficult starting from the last position, even with a good strategy, but we will try. ”

“It was an encouraging session for the team. Kimi did an excellent job getting through Q1 and giving us a good chance in the fight for the points tomorrow. It was a shame to lose Antonio so early. He suffered some damage on his first lap and not he was able to improve in the second. However, overall, we seem to be heading in the right direction, so we need to keep pushing to improve. ” 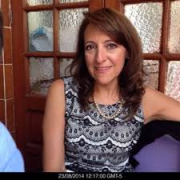 Why should young people start playing basketball at an early age?